Get ready for the taste of light refreshment and vintage chills from the Pepsi logo evolution!

by Milena Abrosimova
in Design
2

The Pepsi logo evolution had made a long way from dubious lettering to a sharp three-colored logotype. There were minimalism and realism, script and sans serif, isolated logo and the one with a colorful background. All the stages it comes through to get polished and encapsulate the brand’s story.

Refreshes without filling — the slogan you see in many vintage Pepsi posters, telling you how to make your life better by sipping on this miracle drink. Actually, it won’t necessarily be a false statement because back in the day, Pepsi aimed at helping people with digestion issues. So how exactly it had transformed into the fashionable beverage? Taking a look at the Pepsi logo history would help you find out. 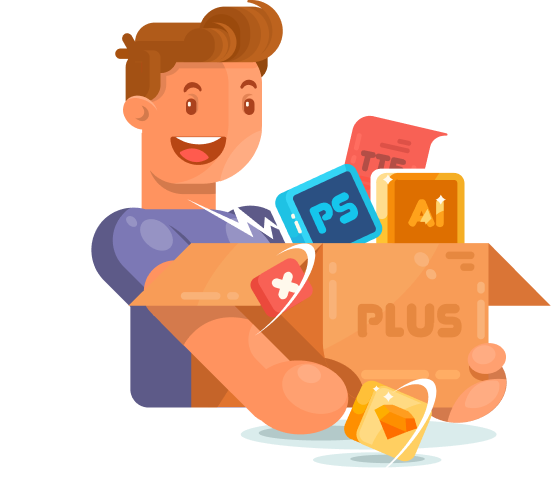 Get access to the creative content of premium quality! Pixelbuddha Plus brings remarkable deals, trendy design goods and exclusive time-limited offers for a price of a single premium product.

Before The Pepsi Logo Began

It would be ridiculous to state that Pepsi was always called that. Originally, it had a name “Brad’s drink” and it wasn’t fizzy at all. “Brad’s drink” is called after Caleb D. Bradham, an American pharmacist, invented Pepsi by combining a kola nut extract, vanilla, and “rare oils”. Bradham believed that his miracle beverage aided digestion just the way pepsin does (the gastric juice, that reduces proteins into smaller amino acids), so in 1898 by putting “pepsin” and “cola” together the “Pepsi-Cola” name was registered. No Pepsi logo whatsoever, but it was the first step before establishing the product’s logotype.

Between 1898 and 1940 the Pepsi logo was nothing but the word “Pepsi-Cola” written with a red script (first swirly and ugly but then smooth handwriting font). The 1898 variant looked spiky and aggressive, there was no way you could read this Pepsi Cola logo clearly.

Next, there was still not the best Pepsi logo variant in 1905. It seemed like the improvements began from the left to the right: letter “P” was okay but look at the last “a”, it’s sick! And what’s wrong with this “C” with its scarf-on-the-wind swirl? This approach to the Pepsi logo works just as a memorable red stain, associated with the drink, and not a well-designed logotype.

Saving the swirls but adding the clearness — the company didn’t want the Pepsi-Cola logo concept to be changed and just added the smooth lines to the typeface. It became a sight for sore eyes!

Pepsi-Cola Logo Got Its Cap

The first version came in 1950, the new one in 1962 and all of them in a bottle cap. Here the blue color steps in to highlight the attention-getting red: the Pepsi logo itself takes the available white space. But something’s not right.

The Pepsi-Cola logo in 1950 still had “cola” in it, which got changed in 1962 due to some company reformations. It seems like with losing this word, the brand has lost its “archaic” look, marking the new branch of its evolution. The Pepsi logo history as the development of a separate brand starts right here, with bold cap letters. Moreover, the new motto claimed that Pepsi was the drink “for those who think young” and this black sans serif across the Pepsi logo implied this idea successfully.

Launched by the trend for modern looks and technologies, in 1973 the Pepsi logo became minimalistic. What happened? Every detail turned flat, the same three colors remained in a cap-resembling circle, and the resonating black letters were replaced by dark-blue ones. One more peculiar thing about the new Pepsi logo is the use of a colored background, which is made the way that even omitting the background doesn’t ruin the logotype itself, a point to versatility maybe?

Fun fact: in 1987 the brand even has created its own custom font, the Pepsi font, having the futuristic look and representing the brand for over a decade.

More design changes were coming in 1991 and they were still about minimalism… and rearrangement of elements in the Pepsi logo. The word “Pepsi” was lifted to the top, while the colored circle went to the right bottom corner, leaving the huge red trace. It gives the feeling of movement, like a trip into the future this Pepsi logo invites you to take.

In 1998, the Pepsi company celebrated its 100th anniversary and commemorated this event with a new Pepsi logo! It started looking much different, pushed from flat minimalism to realistic 3D effect. The white typeface with shadowing, blue background, and a voluminous two-colored globe with shadowing — this Pepsi logo looked very modern and responded properly to the new millennium coming ahead.

There are two Pepsi logo versions we’ll be talking about here. The first one is my least favorite but the one I saw so many times in my childhood: the hyper-futuristic Pepsi logo with so many 3D details it hurts to look at! I mean, the word is okay, but the idea of “freshness” is being shoved into the eyes with icy background and tons of ice drops on the sphere.

We’ve moved to the up-to-date version of the Pepsi logo and look how different it is. Only the typical Pepsi colors remain the same but the font, the sphere, and the stripes are all new. I have to say that minimalism won after all, and the font resembles the script it all began with. It looks like a nice fulfilment of two missions for the Pepsi logo: catching up with the social development and paying respects to the company’s heritage.

25 Photoshop Brushes from Our Favorite Creators

Best Drawing Software in 2022 For Your Creativity

Soft curves, bold lines, charming decor — that's why handwritten fonts are so hard to resist. And there is no...

by The Designest Staff
2

An endless flow of color inspiration in every scheme and image!

All of the most significant services and design companies from Ukraine you should surely know about!

If you want to succeed in graphic design or digital art, mastering social media is a must for you. And...

Simplicity is the ultimate sophistication: Apple’s logo transformation over the years.

25 Photoshop Brushes from Our Favorite Creators